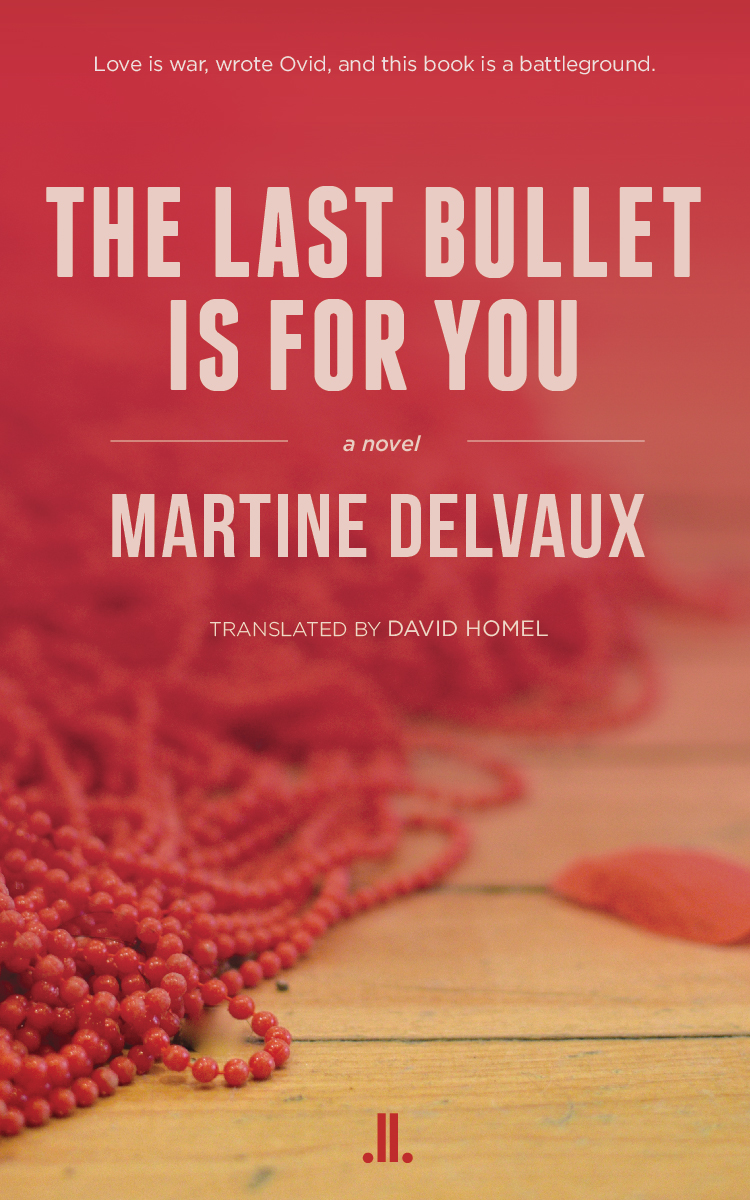 The Last Bullet Is for You

By Grand Central Station I Sat Down and Wept is the title of Canadian writer Elizabeth Smart’s classic hymn to love, which novelist Angela Carter once described as being “like Madame Bovary blasted by lightning.” Later, Carter wrote privately to a friend, saying that she would hate any daughter of hers to have to write such a novel, adding, “By Grand Central Station I Tore Off his Balls would be more like it, I should hope.” And now along comes Montreal novelist Martine Delvaux with The Last Bullet Is for You. This stream-of-consciousness novel takes the form a love letter, but it is the last one. One last letter filled as much with the memory of love as the desire for revenge. Love is war, wrote Ovid, and this book is a battleground. Writing is both an act of passion and the means to end it once and for all. Writing is the last bullet, shooting through the love story and into what is left of the lover: a ghost, a fiction. And maybe that’s what he was from the start.